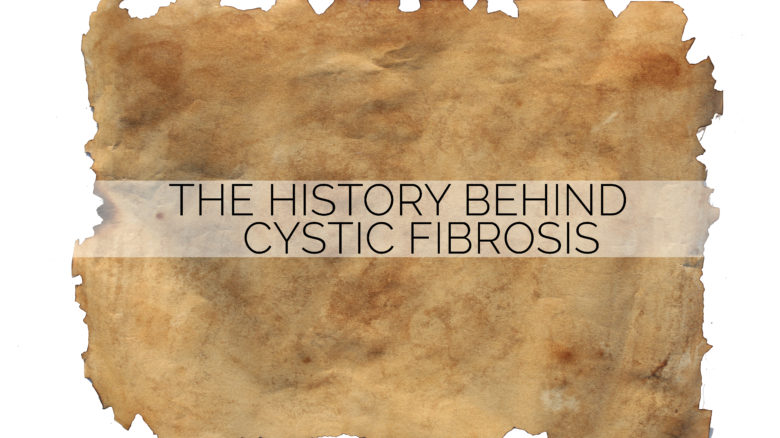 How was it discovered? In my mind, Cystic Fibrosis has been going on for 40, maybe 50 years tops. But doing the research into it is rather interesting. CF was apparently mentioned in European folklore in the Middle Ages… for anyone who doesn’t know how long ago that is, it was between the 5th and 15th century. We’re talking olden days! The folklore warned, “woe is the child who tastes salty from a kiss on the brow, for he is cursed and soon must die”. Blimey, they sound like a cheerful bunch! There was even a reference found in medical texts dating back to 1595 that connected salty skin and damage to the pancreas with death in childhood by infants who were, get this, “hexed” or “bewitched”!  Sounds like something out of Harry Potter!

Ever heard of the famous composer Chopin? Or his full name Frederic Chopin? Well scholars have believed that he had a mild form of CF who died of respiratory failure after a lifetime of malabsorption and lung infection in 1849. Although Wikipedia says his death certificate gave the cause as tuberculosis. But others believed it could be CF or Cirrhosis or Alpha-1 antitrypsin deficiency… so you know, Potato Potarto… To put the matter at rest, permission for DNA testing was asked but has been denied by the Polish government, so I guess we’ll never know. 🤷‍♀️

But it wasn’t until 1938 when American Pathologist Dr Dorothy Anderson discovered the first sign of Cystic Fibrosis. She was conducting an autopsy on a child that had passed away supposedly from Celiac disease. But after further research she realised that her findings had never been described in medical literature. She, herself became the first person to ever describe the condition and spent much of the next 11 years compiling research. In 1949, she discovered that CF was caused by a recessive mutant gene.

In 1948, Dr Paul Di Sant’Agnese saw that children were reporting to a New York emergency room with dehydration during a heat wave. This lead to the discovery that the sweat in a CFer contained high concentrations of salt which incidently links right back to the folklore written in the middle ages.

Then a clever dude in the early seventies abandoned the low fat diet, instead increasing it to a high fat one whilst instructing CFers to take pancreatic enzymes daily, which of course improved nutrition and growth and life expectancy.

The CF gene was finally founded in 1989 and was named the CF transmembrane conductance regulator. (CFTR for short) So as advances went on, so did the survival rate leaping from 14 years in 1968, to 20 in 1977. There were now CF centres set up in some parts of North America, Europe and Australia and the life expectancy was increased by the care and support received from them. (Where would we be without our awesome, hard working Nurses, Doctors, Dieticians and Physiotherapists!? Let’s take a moment to appreciate them…🙌)

Then during the Eighties, Europe introduced nebulised antibiotics for people who had Pseudomonas (common infection in CFers) to either stabilise them, or eradicate early signs of it. Physiotherapy became a popular way to clear the airways, Dieticians and new acid resistant enzymes (Creon) were revolutionary to the nutrition of CFers. Liver transplants became successful as well as double lung transplants for those who needed it.

As the years have gone on, scientists have made incredible advances in treatment and understanding of Cystic Fibrosis. People are living longer and I am incredibly grateful to be living in this era where even today, new life changing drugs are becoming available. The most recent of which is the drug Orkambi. It has been made available to some places such as America and Ireland. However, it is too expensive for the NHS to buy as it costs £114,000 per person, per year. It is a lot of money, but Vertex (the company who makes the drug) needs to negotiate a better deal with the NHS in order for this drug to be given to the people who need it most. Although Orkambi doesn’t benefit everyone with CF (only those with two DF08 genes) it does affect a majority.

There is a protest coming up in London, Scotland, Northern Ireland and Wales on the 26th June 2017 to make the message clear- We Need Orkambi Now. If you are around to go along and protest then please do so. More information about the protest and where to go is located here. Unfortunately due to the nature of cross infection, us CFers can’t attend which really sucks as I’m sure we would like to join in and make our voices heard.  So if you do go along, just know you have the whole of the CF community behind you!

And for those of us who can’t go, the CF Trust has set up a Storify page which will collect all #OrkambiNow pictures, tweets and videos from social media (Facebook, Twitter, and Instagram) so that we can follow all the protest action from home/work/school.  How cool is that!

This modern technology is rather good! 👩‍💻

2 thoughts on The History Behind Cystic Fibrosis