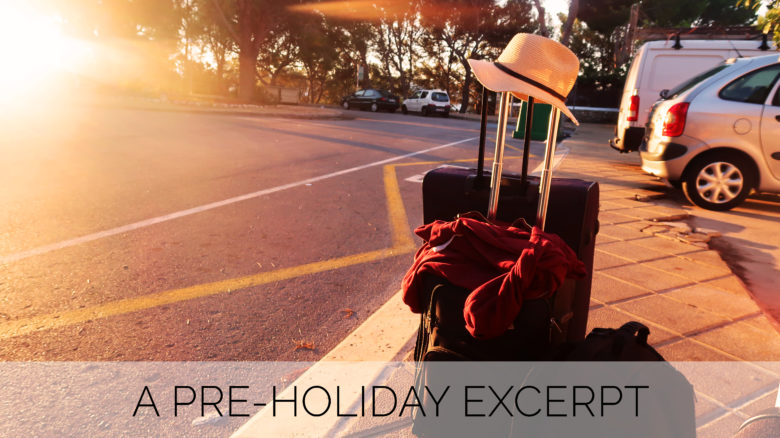 Three days after a good hospital checkup and four days before flying out to Menorca, I woke up with a sore throat. It was the beginnings of a cold, I could tell. As the day progressed, my head felt stuffy and full of cotton wool, my eyes were beginning to stream, muscles beginning to ache. Typical, I thought, just before a holiday. The next day, Sunday, was no better. Monday didn’t see much difference other than the start of a hefty cough. I was so fortunate on that Monday that I could cancel all but one of my jobs. I’m so grateful for my clients who understand that it’s not just a standard cold to tough through.

Tuesday, saw the usual panic and flustered packing before a holiday. Then we travelled through London to a hotel by Gatwick airport. Being stuck on a hot, stuffy crowded train, was not easy. I couldn’t help but notice how much I was struggling to walk a few paces before getting out of breath and spluttering into a coughing fit. It wasn’t normal for me. I could feel the panic rising as I dragged my suitcase out onto the hustle of the street. Once we arrived at our hotel room, I broke. My chest was so tight, I couldn’t breathe properly. As far as I know, I’ve never felt like this before. It was scary. Really scary.

I’m so lucky to have a boyfriend who not only wiped my tears and my snotty nose (get you a guy who does both👌) but also comforted me until I calmed down. I was so mad at myself for not bringing my reserve antibiotics (Ciprofloxacin). I tried going to sleep, but the wheeze that echoed deep within my airways never subsided, tricking me into outrageous coughing fits. I was breathless and my breathing was shallow. Once again the boyfriend stepped up and started doing percussion on my side, (which is a cupped hand patting the side of my rib cage, to help shake off mucus trapped in the airways) within minutes we had moved the pillows around so I was lying on a kind of slope facing down (which allows gravity to do its work and hopefully shift the mucus out) I took my acapella (a device which sends vibrations into the chest, to again, shake the mucus) and breathed through it.

I can honestly say I have never felt physiotherapy work, but this time was an exception. Somehow the magic of the acapella had eased the wheeze slightly. So much so, I managed to drift off to sleep. I woke every two hours to wheezing and coughing to the point where I was doing phsyio at 3am. During that desperate time, I couldn’t help but want IVs. Something I don’t recall ever thinking before.

When I woke up from a broken sleep, the last thing I wanted to do was travel through an airport and get on a plane. At one point, I almost asked for a wheelchair, because I didn’t see how I could possibly walk through the vast airport. But I didn’t know who to ask or how it worked. So I left the idea, and managed to get on the plane. Menorca was lovely and warm. I was hopeful the sun and sea air would clear everything up. I did start feeling better over the course of the holiday. I took Beechams every day. I took my DNase, waited an hour and swam in the pool. I noted how much I struggled with breathing when swimming, my favourite form of exercise. But even though I did, there wasn’t a day I didn’t swim. The sea was exceptionally warm, it was like swimming in a bath. But it didn’t clear up the cough or the runny nose. I still feel achey, and lethargic.
I’m home now and have started a course of Cipro. I can only hope that it works. Because if it doesn’t clear up after two weeks, it’ll be a dreaded phone call to the hospital, who will undoubtedly suggest ‘IVs’. 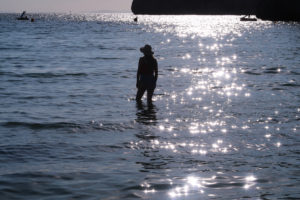 I felt this little excerpt fitted into ‘The View From The Other Side’ category because sometimes a simple cold can really cause an uproar that’s not so easy to shake off.